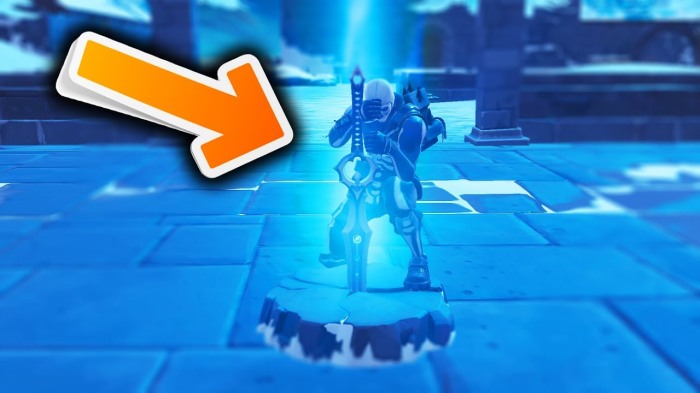 With the new season only being out a week, Epic Games just released their first update.  This new update includes a new weapon, also known as The Infinity Blade.  This new blade is available across all game modes and the only way to acquire this weapon is by picking it up.  The weapon spawns on polar peak every game.

This sword adds 200 Health and Shield instantely upon pick-up.  For every kill with the sword you are granted 50 pts of health or shield.  Every second while holding the sword you gain 1pt of shield and your speed increases to 125%.  This weapon is hard to stop and even Professional fortnight gamers like Ninja don’t like the weapon.  Other streamers like TFue take advantage of the mass movement of players onto the mountain to stack their kills up at the beginning of the game.